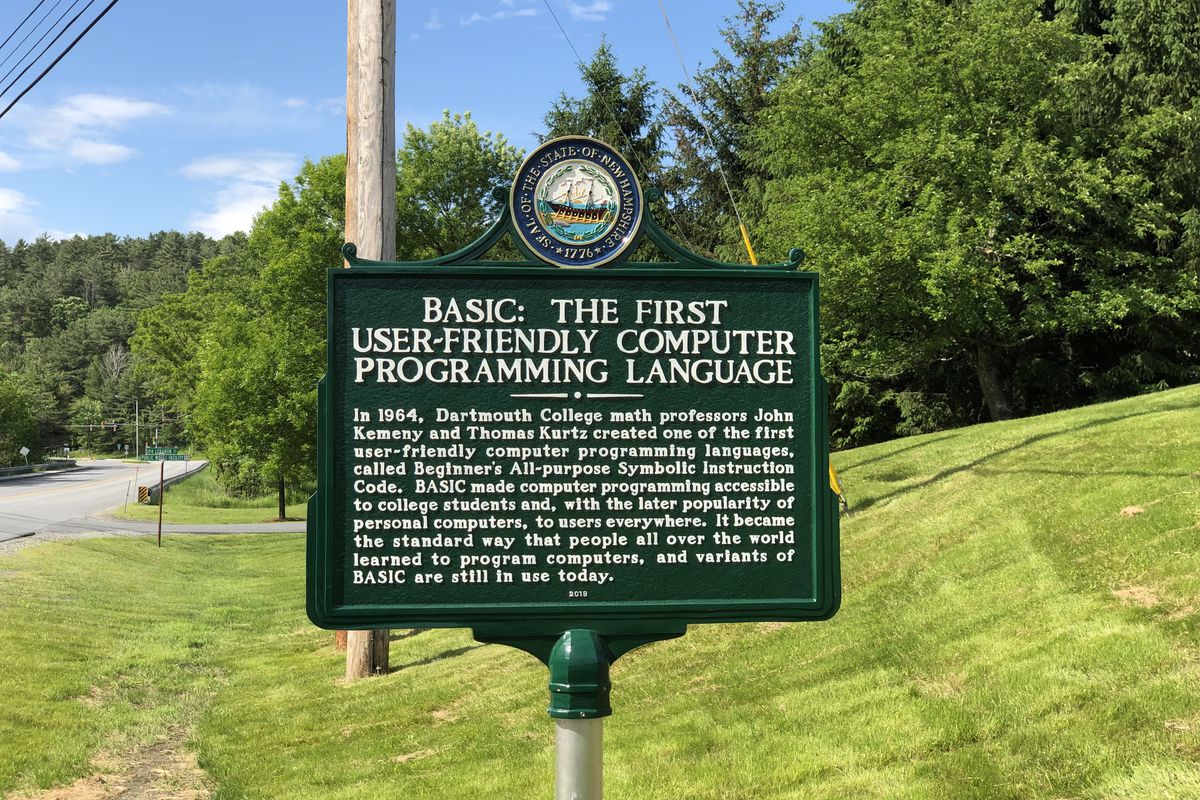 New Hampshire has installed what appears to be the first historical highway marker honoring computer programming, according to the Concord Monitor. The new sign honors BASIC, Beginner’s All-purpose Symbolic Instruction Code, a programming language that was invented at Dartmouth College in 1964.

The sign came about after Concord Monitor journalist David Brooks noted in a column that the state’s 255 historical markers honored things like bridges and historical figures, but that there was “distressingly little celebration of New Hampshire’s technical and scientific accomplishments.” He went on to advocate for the state to install a sign for BASIC and the Dartmouth Time-Sharing System — a precursor to the internet. “They matter at least as much as a covered bridge,” Brooks wrote.

Two mathematicians developed the language: John G. Kemeny, and Thomas E. Kurtz, who wanted to create an easily-accessible programming language for students, and Brooks notes that BASIC “has probably has done more to introduce more people to computer programming than anything ever created.”

There are other historical markers for computer-related topics — one in Philadelphia, Pennsylvania honors the creation of BINAC, the “world’s first commercial electronic, stored program, digital computer program,” while another in San Jose is for IBM’s RAMAC(Random Access Method of Accounting and Control), but this one appears to be the first specifically for the creation of a programming language. The state noted that it didn’t have enough space to honor Dartmouth Time-Sharing System in the same sign.

The sign itself is located on New Hampshire Route 120 — a short distance away from the college and BASIC’s creation. Brooks notes that there’s a practical reason for that: state historical markers are reserved for state highways, and all of the roads in and out of Dartmouth are city streets. Already, Brooks notes that he’s thinking of other potential signs — Dartmouth Time-Sharing System, a conference where “Artificial Intelligence” was coined in 1956, and other scientific innovations around the state.